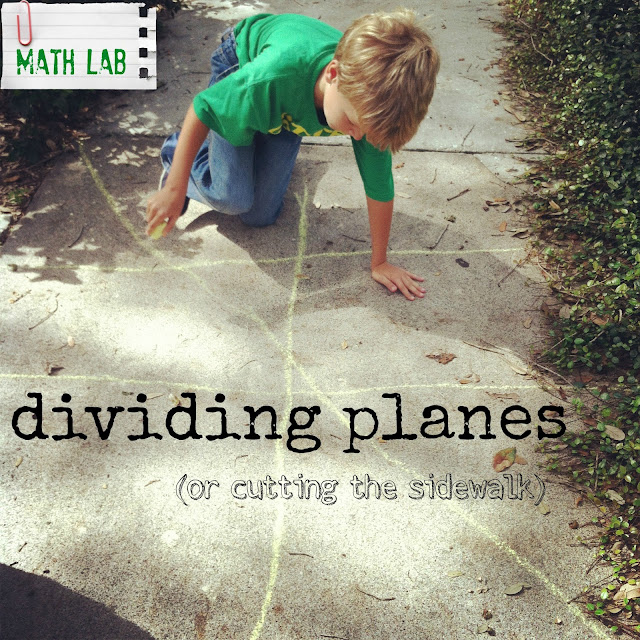 I might have mentioned before, but I love Brown Paper School books. I grew up with a few. The illustrations and casual tone has always resonated with me. I recently picked up a copy of The I Hate Mathematics Book and immediately fell in love with the open ended math explorations it offered. 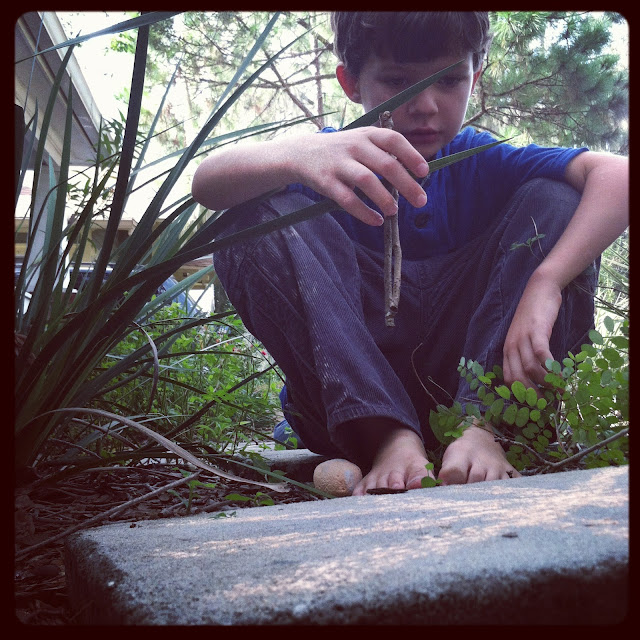 We spent one fun morning cutting up the sidewalk (dividing planes). We each took a square or rectangle of pavement and then cut it up using only 3 lines (edge to edge).

The goal of the project was to see who could get the most segments.

On the first attempt, everyone divided their sidewalk section in equal parts like a pizza. As we added more lines, eventually  getting up to 5, more original division starting happening. 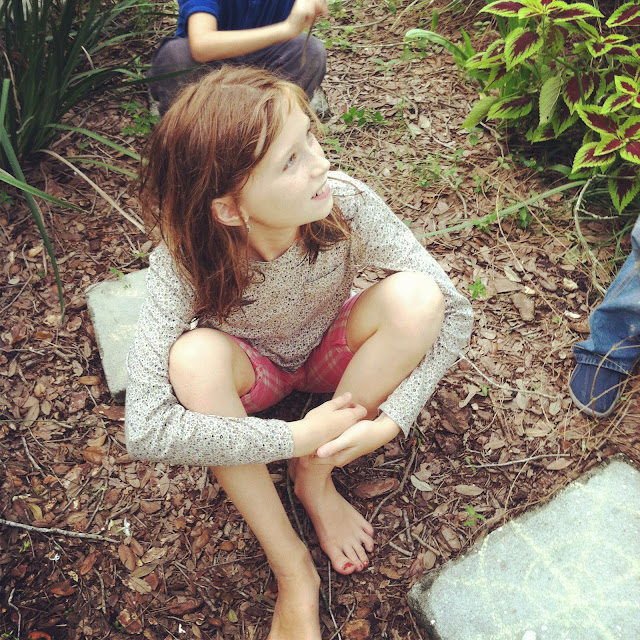 Next, we introduced a curved line. (Not a spiral like you see above, that was later). So, we would use 4 straight lines and one curved (and many variations). Each kid would work on their square and then we looked at each person's work, counting and commenting  on their techniques. 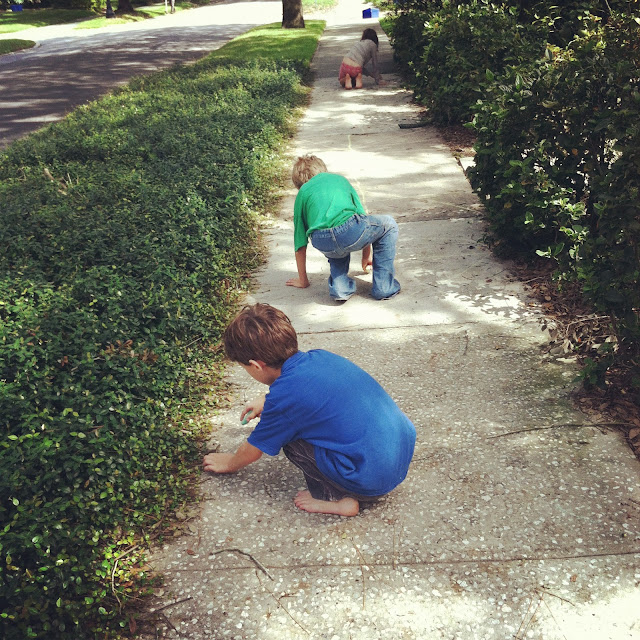 We eventually ran out of sidewalk and went inside to work on paper. We would decide on the specifics of each exploration, then work independently for a few minutes, and then share what we did.

The kids really liked this (one in particular was very good at it) and as we went on, the designs became more complex and sophisticated. They started realizing which patterns gave the most segments and then would grab another sheet to work more with what they had just learned to see if they could go further. 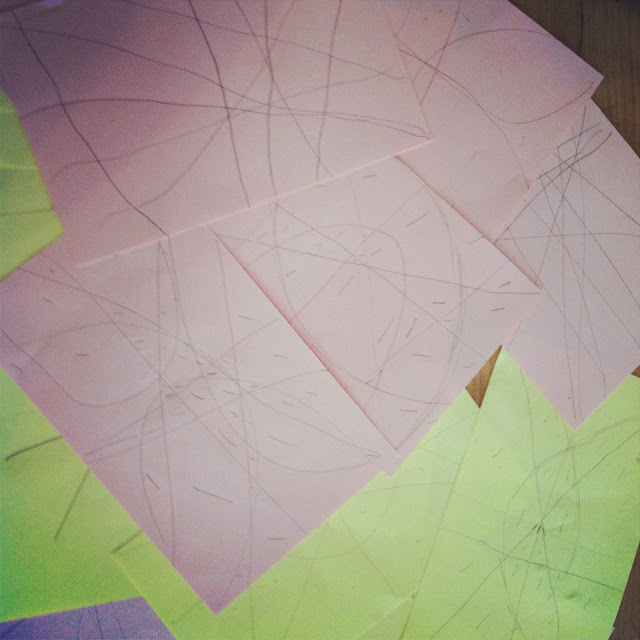 We had a brief discussion about odd and even numbers and whether we could predict which we would get after dividing our plane (we couldn't - it could either way).

We discovered that a curved line will help you get more segments.

We also discovered that an off center line will help you get more segments.

We talked about the applications for the skill (architecture, art and design, game making).

We had fun and thought we would do this again for entertainment.

What are your favorite resources for open ended math explorations?