I had so much fun doing this last summer - we are doing it again!

With all new prompts and inspirations!

Plus a new zine full of additional ideas of things kids can do! 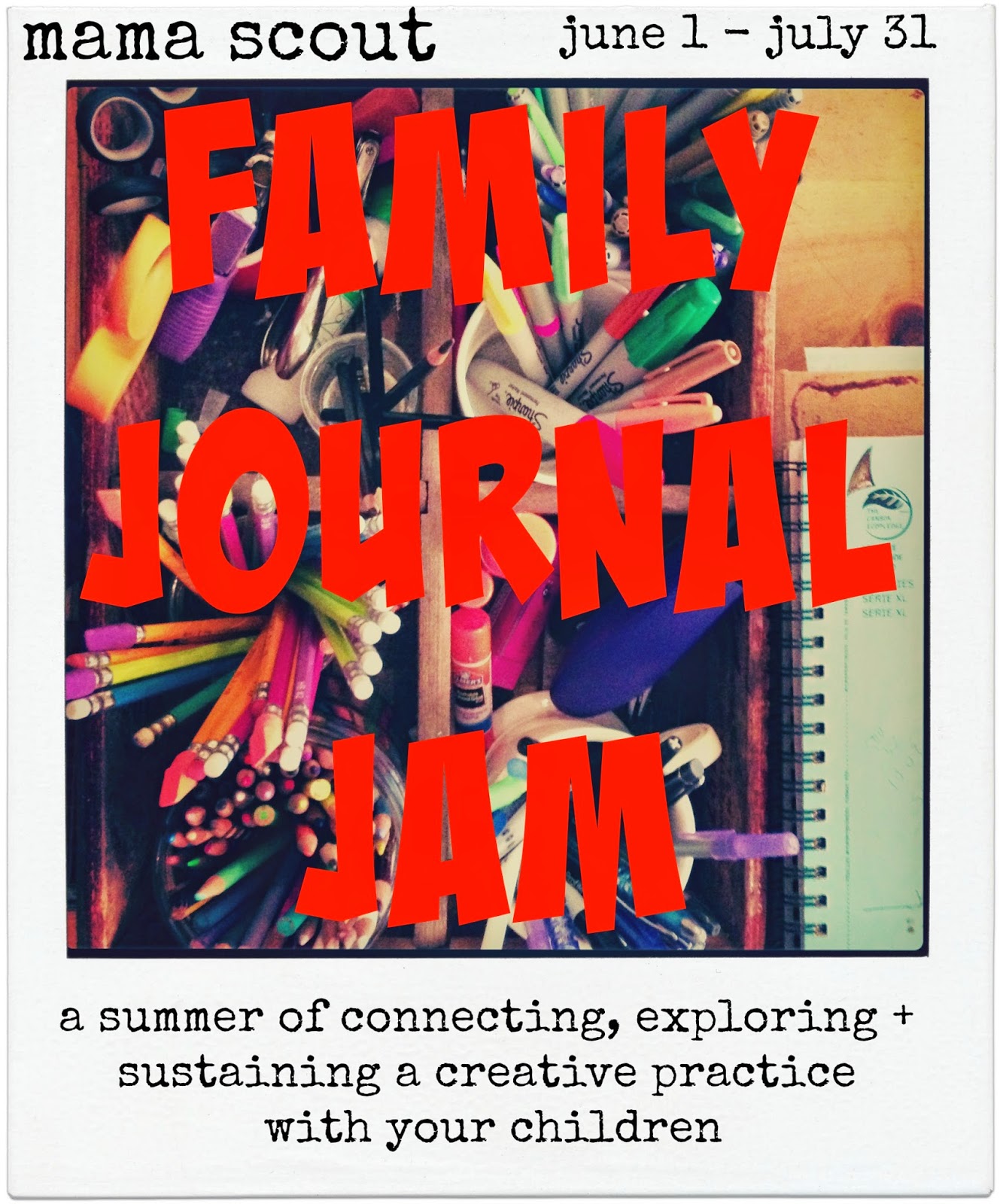 What is this?This is a summer long journal/art/exploration lab for families. The lab will run from June through July, 2015.Family Journal Jam will give you a daily jumping off point for exploring and creating a journaling practice with your children. As a creative homeschooling mom, many of the ideas for this lab were germinated at my own kitchen table along side my children. By meeting yourself on the page each morning (or evening) you create a mental space for reflection, remembrance and idea incubation. Extending this gift to children when they are young is one of the best gifts you can hand them. Kids can write, draw, or dictate to you their reactions to the prompts. Some are meant for personal reflections, some are pure fun and imagination building, and some explore new techniques for expressing ideas with language.These are not writing and grammar lessons, although I do believe that a consistent practice will yield big improvement in writing by the end of the summer. Plus, what a record and keepsake you will have! What do you get when you join?You will receive:+ a special Mama Scout Summer Zine in the mail (approximately a week before the lab begins). + weekday journal prompts for the kitchen table (these are short, open ended and meant for both kids and adults) + a vibrant Facebook community where kids can post their work to share and I will link up to additional unique projects from the Mama Scout archives+ weekly giveaways (because I love real mail and giveaways so much!)+ suggestions for 2 bigger summer long family projects+ an optional penpal exchange programWhat is this NOT?This is not a lab full of art journal techniques or tutorials on how to complete narrowly defined projects. My interest in always in the disruption of default thinking and the process of explorations. This extends to children and children's creative work. Who is this for?The short answer is, this is for anyone who will be around kids this summer. But really, it is for:- parents who are seeking ways to integrate their own creative work with their children's- homeschool parents who want to instill the joy of writing this summer with their kids- parents of school children who are looking for ways to encourage creative thinking that are not tied to grades or outcomes- families who want a free form summer with a touchstone routine based in creative expression- families who want to connect with other families around the world - families who are looking for alternatives to classes and camps - parents who want to slow down time and get to know their kids on a whole new level- parents who believe in kids' voices and ideas and right to express themselves- you and your kids!

{review :: It Chooses You by Miranda July} 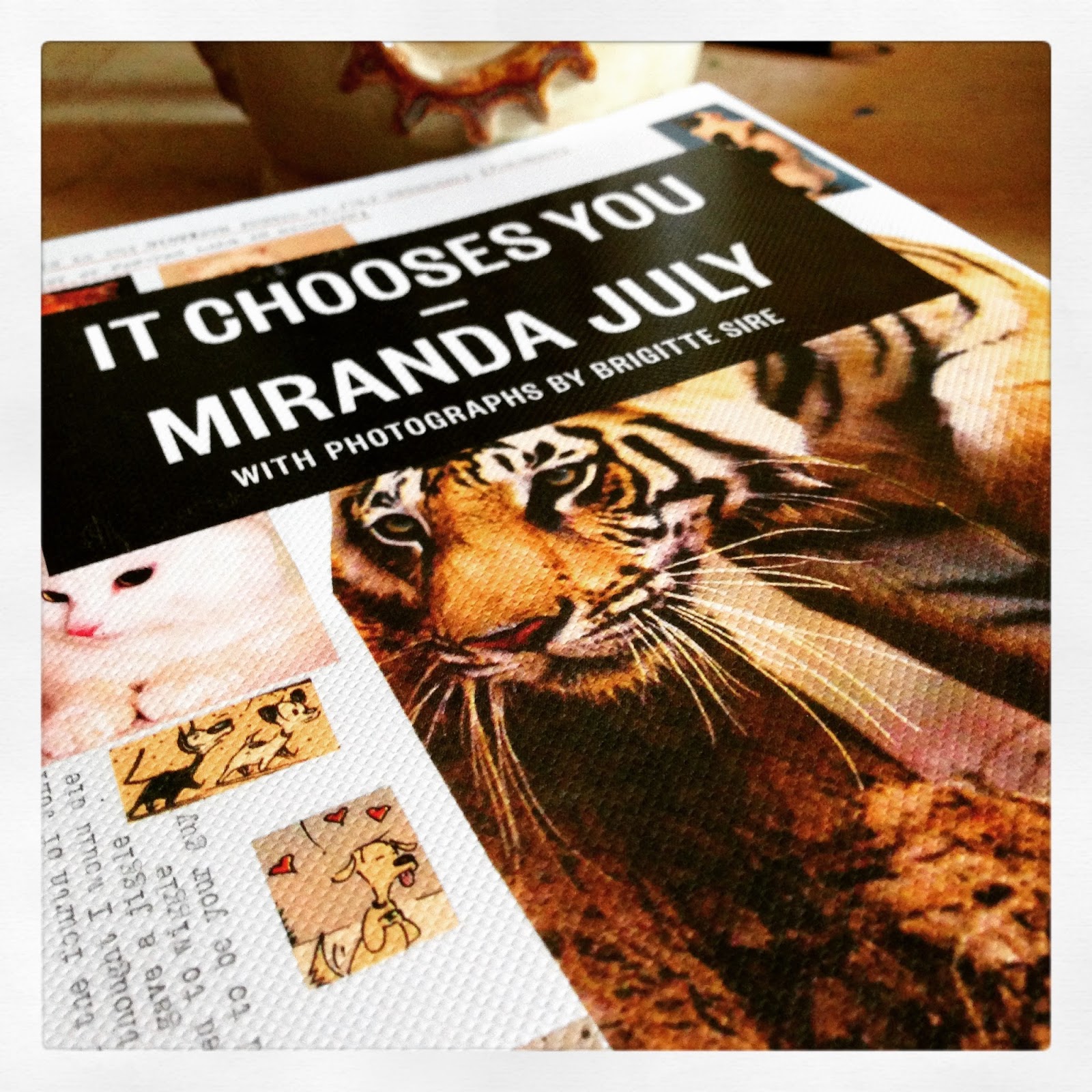 "I began to feel that I was asking the question just to remind myself that I was in a place where computers didn't really matter, just to prompt my appreciation for this. As if I feared that the scope of what I could feel and imagine was being quietly limited but the world within a world, the internet. The things outside of the web were becoming further from me, and everything inside it seemed piercingly relevant. The blogs of strangers had to be read daily, and people nearby who had no web presence were becoming cartoon like, as if they were missing a dimension."

It Chooses You by Miranda July is  an engaging book that I devoured in one afternoon. In my labs, I am always extolling the virtues of getting out and talking to strangers. July does this in a quirky project that keeps her busy while she is struggling to finish a film script. Each week, she scans the Penny Saver circular that arrives in the mail. She calls people who are selling stuff through this archaic publication and arranges to meet, interview, and photograph them and their stuff (they are told up front what she is doing and she offers compensation). Of course, she meets a motley mix of characters - some are really creepy and others bear tragically heart breaking wounds. Several of the characters end inform her film and one even ends up acting in it.

I loved this book and her open and curious sensibility. A great, great read of the weirdo mind (like me and you!).
Posted by Amy at Thursday, March 19, 2015 No comments: