take your kids to a protest

I believe that part of the job of adults (parents, teachers, leaders) is to show children how to effectively and lawfully exercise their voices in a democracy. Some ways our family has done this is by taking our kids with us when we vote (and talking about the candidates and procedures) and writing lots of letters to companies that have let us down or city commissioners that are making decisions that effect us.
More recently, we have taken to the streets. 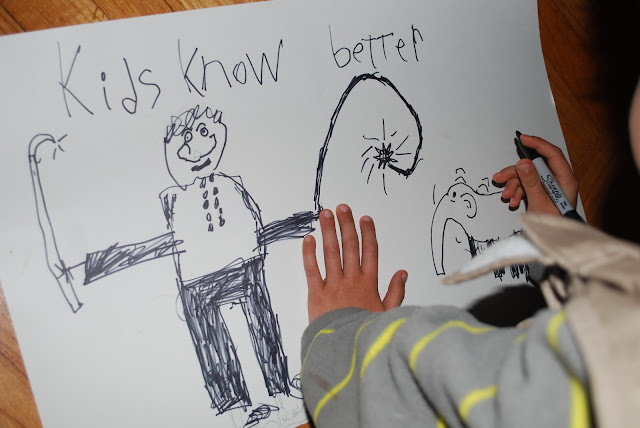 When I received a call from PETA telling me there was a protest opportunity outside the Ringling Brothers and Barnum & Bailey Circus, I mentioned it to my daughter and asked if she was interested in attending. "Of course!" she exclaimed without missing a beat. And so, our family was sucked into the vortex of a new project (this happens all the time with interest led learning). 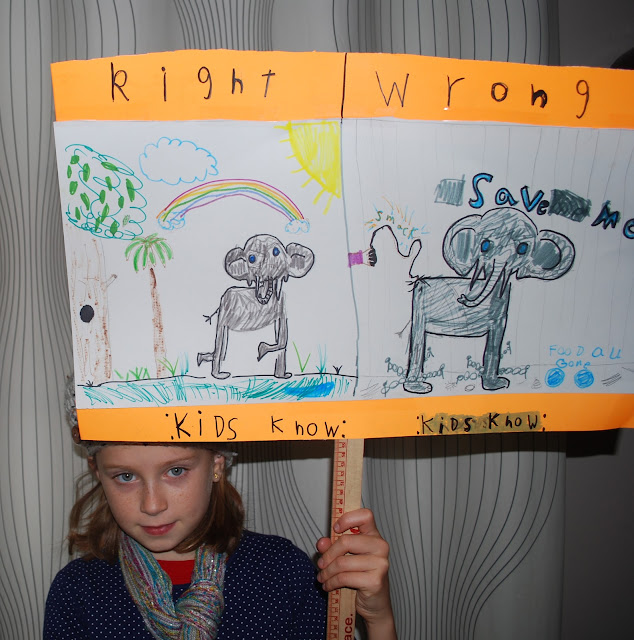 We spent the next day talking about the issue of wild animals in entertainment, organizing a transportation schedule, and creating signs. Excitement was high and the next morning when the temperature dipped to freezing, I thought my Florida kids would balk at standing in the cold. But no, they were still ready, so we loaded up two parents, one grandparent and three eager kids. 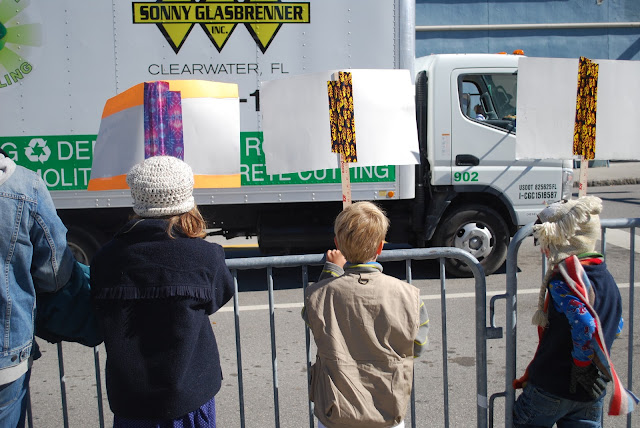 With a few dozens other folks, they stood holding their signs and received an overwhelmingly positive response from cars honking and giving the thumbs up sign. While some people might be apathetic, I can not think of anyone who really supports the treatment that elephants receive in order to make them perform in the circus. The other protesters and reporters were very generous with their interest and compliments of the kids. The whole day was a success and they returned home feeling really satisfied. 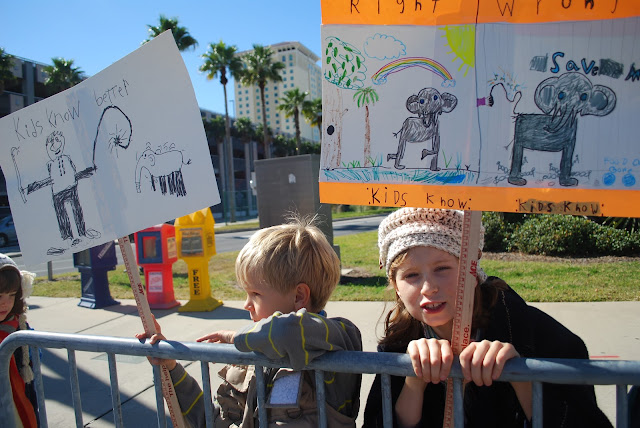 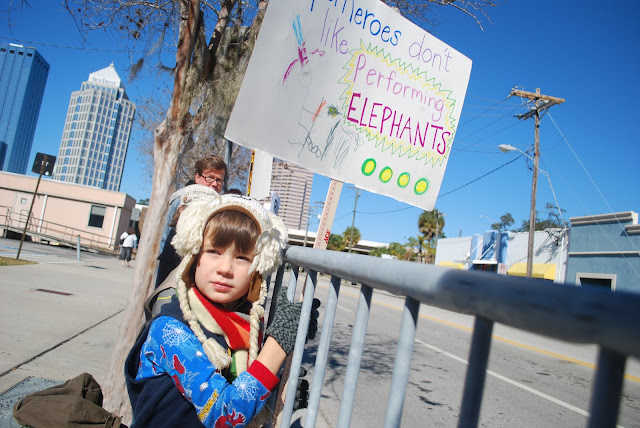 Our family has strongly opposed using wild animals in entertainment since our Roots and Shoots group visited the Center for Great Apes (a retirement facility for chimps and orangutans from circuses and the movie industry). Kids are sensitive to many oppressed beings and if they had any clue as to what really happens in order to make that elephant sit on a stool or a chimp "play" a violin, they could not be dragged into the circus. It is not entertaining and we as humans should be so much better than this. 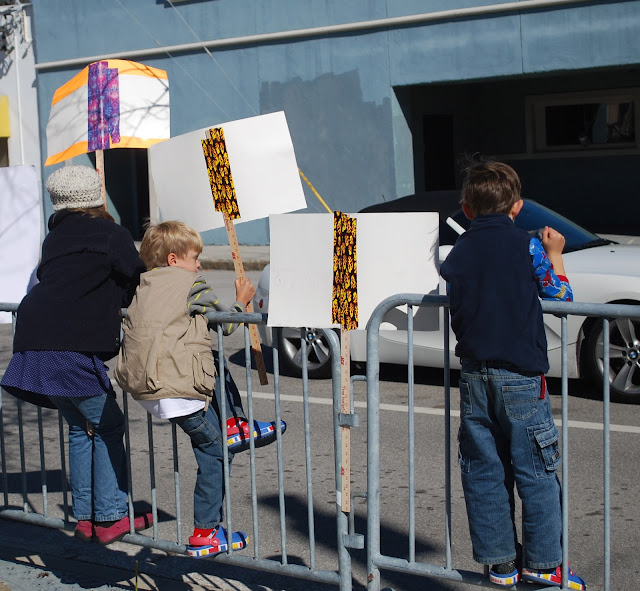 But please don't believe me. Research it for yourself. After I did, I quickly decided that I am not willing to pay money to ensure that baby elephants are separated from their mothers, beaten and psychologically broken so I can see them do inane tricks. 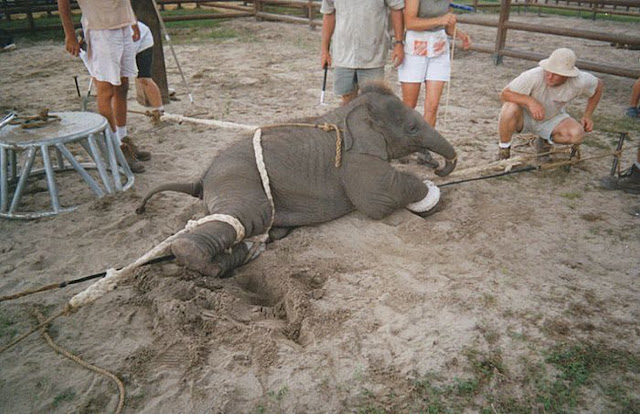