{travel} camping at the Dry Tortugas 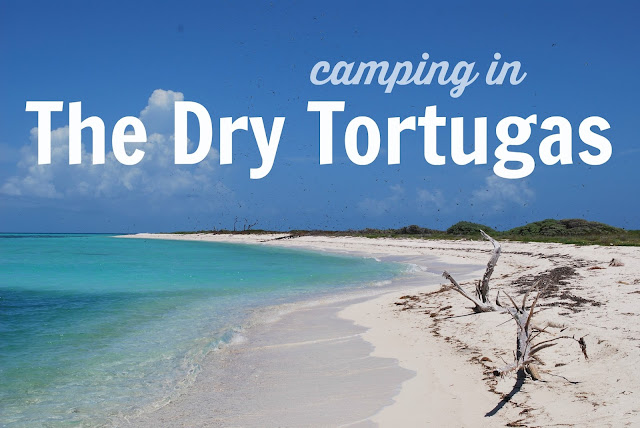 Camping at the most remote national park in the contiguous US became a slight obsession with me as soon as started reading about the Dry Torgugas. Seventy miles out to sea from Key West, the Dry Tortugas actually covers a 100 mile area full of pristine water and coral reefs as well as many little islands.

Fort Jefferson, a Civil War era fort (and one of the largest brick structures in America) is situated on Garden Key. Day visits via ferry, sea plane and private vessel are possible. But to fully feel the magic of this island, camping is the way to go.

Camping is permitted for up to three days if you come on the Yankee Freedom; the ferry is concessioned by the parks service. You can camp for up to 10 days if you come by your own boat or a private charter. The island has no fresh water and no electricity, so the three days limit is just about perfect.

In this post, I am going to share every detail I can think of. When we were preparing, there were several key points left out of many of the resources I researched, so I hope to really offer as much as I can. And feel free to contact me if you need clarification. The best way to reach me is on FB. 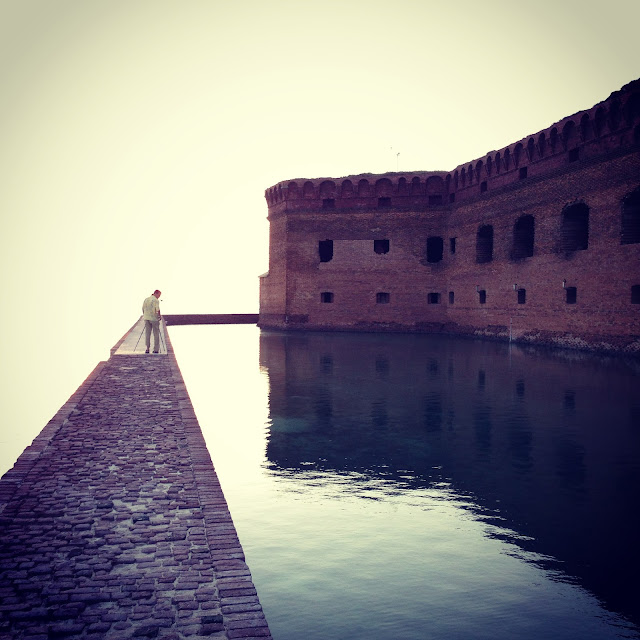 What to do and see on the island

snorkeling
Snorkeling is fantastic in the Dry Tortugas. The Keys coral reefs are among the largest in the world, and the only living barrier reef in North America. If you come on the Yankee Freedom for the day or to camp,  gear is included in your transportation. Some of the masks are a bit wonky, but there are enough of them that if you spend a little time you can get a snorkel set that fits you well. In addition to flippers, masks, and a breathing tube, they also offer a flotation devise which is surprisingly useful. It allows you to just hang out at the surface and watch the underwater show. They can be uncomfortable after a while and we wondered if a pool noodle night be an even better flotation aid. Next time we will try.

The water around the fort is clear and there are coral formations all along the brick moat wall as well as at the old coal dock ruins. The longer you stay under and the slower you go, the more you see. Creatures begin to emerge from the cracks and shadows. When you are underwater, it is nearly silent except for the sound of water sloshing over your head and your own Darth Vadar like breathing. I try to hold my breath to hear the silence of the sea. I feel like I am so alone, if only for a few seconds, in a vast and endless space.

fishing
My kids fished from the dock daily and caught loads of grey snapper which when grilled with a little butter and Old Bay apparently melted in their mouths and was proclaimed the best fish any of them have ever eaten. Kids do not need a fishing license, but adults do, so grab one before you leave (at a bait or sporting shop). Bring your own gear and a cooler just for live bait. We lucked out when a commercial charter gave us a box of squid to fish with after their chummed up the water brought in all sorts of hungry fish.

explore the land flora and fauna
The Magnificant Frigate bird nests nearby which means the sky is full of these huge birds. Their black bodies, white chests and bifurcated tails make them unmistakable in the sky. They catch the breeze at one corner of the fort near the boat docks and reminded us of kites, hanging in one area until diving dramatically down.

Terns nest on a nearby island, Bush Key. There are 25-40,000 at anyone time and it is not hard to believe it. The sky above Bush Key is a swirling and ever changing tableau of rolling and diving white. Their sqawks and screams can be heard clearly all day and night and give the effect of feeling like you are in a very busy avian metropolis. If you listen closely to their din, it sounds like words are being formed - especially if you wake up in the night. One starts to tune them out eventually, but I could not help but think of the prisoners who lived in the fort over a hundred years ago. Locked in their cells, no real or reliable food, the smells of 2000 other people in the fort and those birds. They probably drove a man or two mad. Personally, I loved them and never felt lonely or solitary, so far from land, with those birds and their chatter.

Hermit Crabs by the hundreds crawled all over our campsite. The crackling as they moved over the fallen large sea grape leaves was an eerie sound at times - like an undercurrent of energy right at our feet. They are actually beneficial as they scavenged and cleaned our site of food crumbs daily.

We camped under the twisty shelter of a buttonwood tree. This subtropical tree has leaves as thick as homemade corn tortillas and is so gnarled one might think it is ancient. Hundreds of years old maybe? Nope! The ranger told me most are quite young. They have weathered island breezes and storms and die back after relatively short lives. They re-sprout from their roots and start the cycle again, wearing their war wounds on their bodies.

tour the fort
Tours of the fort are given daily and are included in your admission fee. To be honest, we elected not to take a tour because it was so hot when they were offered. Instead, we spent time in the small air conditioned museum reading signs and looking at artifacts. My daughter read this teen adventure book that provided her with lots of historical background to the island and fort. The Yankee Freedom had several books that could be read on the voyage over. Finally, we bought a small, hand lettered book in the giftshop that filled our minds with countless stories of the history.

During the hottest time of day, you can sit in the museum and cool off or find a cool, shady spot in the fort and read a book. 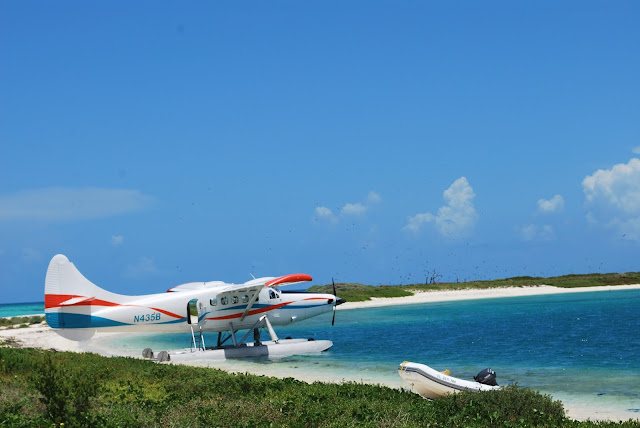 Hang around the dock and meet people in the later afternoon
A tenet of Mama Scout living is to talk to strangers, often. This is the perfect place to do it. While hanging out in the shade of the boat house, I had some great conversations. The people who come through (after the ferry has come and gone) are the best sort - adventurous, generous and open. I talked to a sea plane pilot who spend several summers flying in Alaska and heard tales of wonder and beauty. A fisherman gave my kids not only some extra bait, but some helpful fishing tips that allowed them to catch many meals. And I learned about sailing and the sailing lifestyle from a retiree who was in the process of selling his house and moving full time onto his modest vessel. I looked forward to checking out who was hanging around each day.

-tent and footprint (we have a Northface tent like this, the kids can set it up on their own in 20 minutes! we found ours much cheaper at the outlet store)

-sleeping bag, pillow, sheet for each person (we bought a few of these extra large duffels  over a decade ago and they have been a great investment. one holds all our sleeping bags and two therm-a- rests and the other holds the pillows and sheets)

-swimsuits, swim shirts, hats, glasses, extra sunscreen, aloe - (if you want to snorkel or play on the beach all day, it is really hard to not get sunburned. you can not put on enough sunscreen! long sleeve swim shirts are a must!)

-super soft pjs, shorts, tshirts and lounge pants - (after a day in the sun and sand, the softer your clothes the better)

-portable fan with extra batteries - (it took me a long time to warm up to this pampered idea - but if you camp in Florida, it is a must!)

-paper plates, paper cups to use for bowls, silverware - (there is no freshwater to wash your dishes with, so we went with paper. You can wash your stuff in the ocean which I saw a few people doing. You have to figure out what you feel comfortable with.)

-self starting charcoal and fire starters - (You are not allowed to bring liquid or compressed lighting fluids on the boat, so these two components are essential if you want to grill or warm anything up on the grill. It is windy, so chances are matches won't cut it for starting a fire, go for the starter bricks. We used something like this.)

-plastic bins - (It is recommended that you pack most of your belongings in bins like this. They are easy to carry and stack and will keep your gear dry in case of a storm, which we encountered several times.)

-warming pot - (We use something like this to heat water for a super strong coffee.)