{travel} a morning in Dahlonega, Georgia 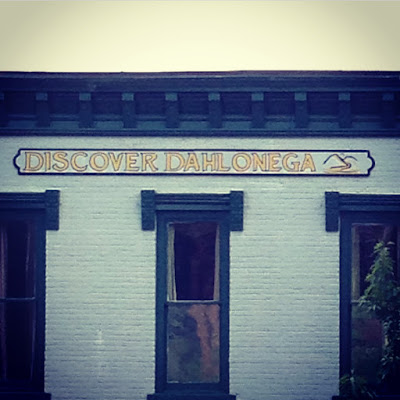 Today we headed to one of my favorite small, southern, historic towns. Dahlonega , Ga is about an hour north of Atlanta. It was the site of a big gold rush that preceded the more famous ones in California and Alaska. There was even a mint here for a short time. It is also near Amicalola Falls and the head of the Appalachian Trail. The drive in was beautiful with windy roads, lush forests, rolling hills and distant mountains. 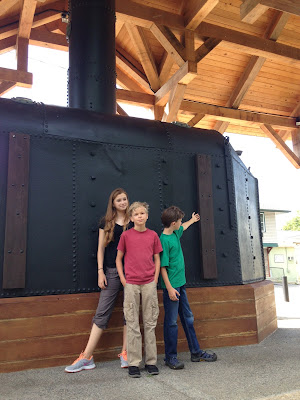 We stopped in town to see a rare river diving bell that was used in gold mining. It was fascinating and made us think about diving bells we have read about when studying Da Vinci and the construction of the Brooklyn Bridge.

We then continued on to a surprisingly good tour at Consolidated Mines. For $16 for adults and $11 for kids, we were able to pan for gold and go 200 feet into the biggest mine east of the Mississippi. Our tour was so interesting. We learned about the short history of this particular mine and the usually high purity and beauty of Georgia gold. But the most compelling information was about the constant danger that miners faced for wages of about $1 a day. The uninsulated electricity, deafening noise of round the clock drilling and explosives, and toxic exposure to chemicals and dust made me wonder how anyone could do this job. If you did not die from an accident, your health would certainly suffer tremendously. I already had a sense of this with coal miners and had never really thought about gold mining. 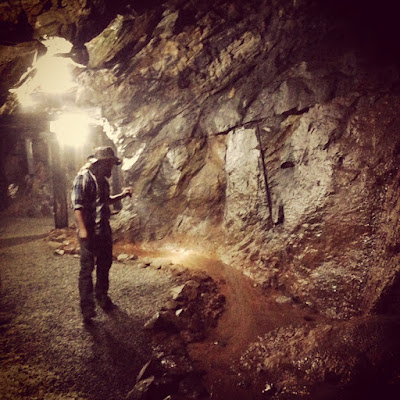 We also learned about the devastating effect that mining has on the earth. Early on, gold nuggets were found laying in the river beds and in the forest. As the mountain eroded over millions of years, the heavy gold worked its way down the mountain. Eventually, the all obvious gold was found and the mining companies decided they could just erode the mountain themselves! They would mimic a process that nature took eons to complete and with a huge hydraulic hose wore down mountains on their own. It was ruinous (and is heavily regulated or banned now). 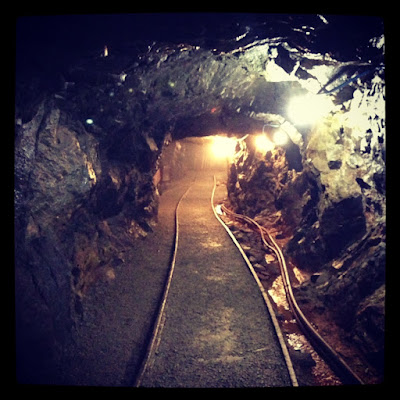 Later in the day we stopped in the center of town at the Dahlonega Gold Museum which is housed in the oldest courthouse in Georgia. The museum had a few rooms of artifacts related to the gold mining history of the town. To be honest it was a little under impressive until we watched  the 17 minute documentary included the admission. It was well done and included oral histories from old miners who remembered when the mines were a central part of the town's economy. 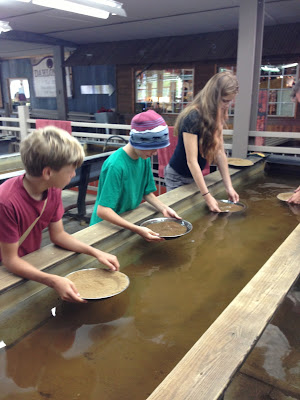 The downtown of Dahlonega is filled with gift shops, antique stores, outfitters, and cafes. We had a nice lunch at the Crimson Moon Cafe. I ordered an angus burger with a fried green tomato on top and it filled me up for the rest of the day. If I was in town longer I would definitely check out some of the live performances at the Crimson Moon as their programing schedule is impressive. 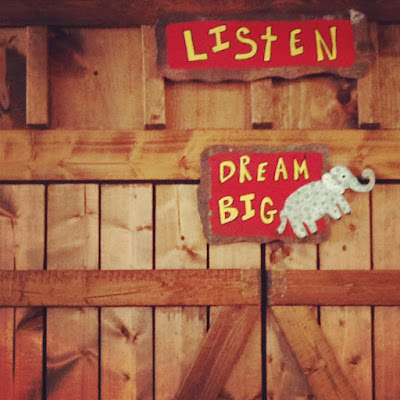 If you are in Atlanta or just looking for a southern getaway, I highly recommend Dahlonega. It is quaint, historic, arty and walkable.

Have you spent time in Dahlonega? What was your favorite aspect?
Posted by Amy at Tuesday, July 21, 2015