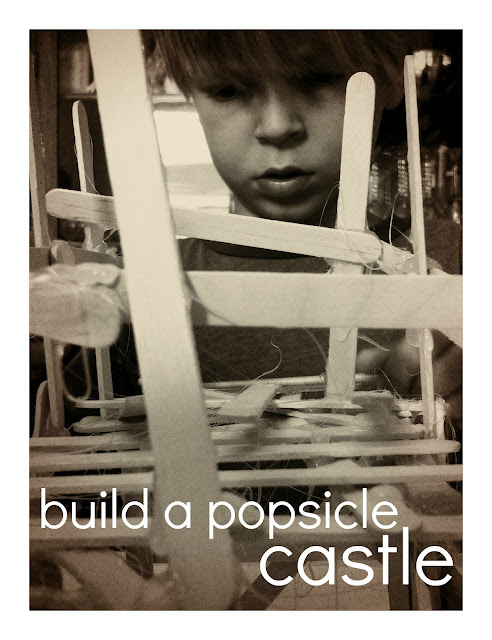 Inspired by a post by the awesome Filth Wizardry, I realized it had been awhile since my kids worked on a big, open ended project.

All we needed was our stockpile of craft sticks, the glue gun and a Styrofoam base. We added in some straws, toothpicks, rocks and wooden figures. This was perfect for my engineer son;  he happily glued, planned, adjusted, and glued some more for over two hours. 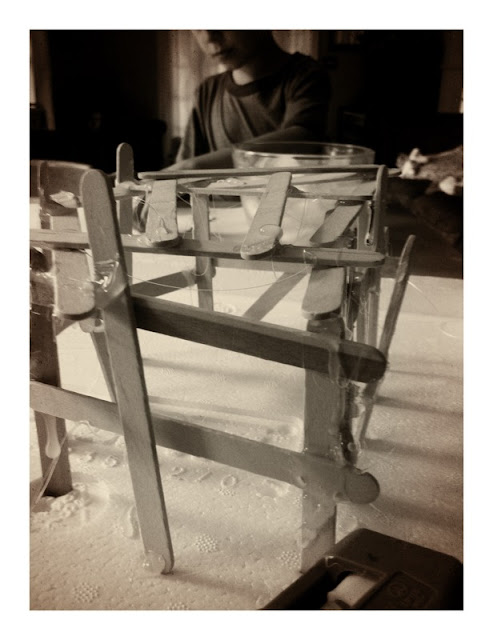 Besides the fun of building a structure, he also became very interested in how the Styrofoam melted with the tip of the glue gun and the hanging strings of cooled glue. I usually remove those, but he started working with them and tried to incorporate them into the first floor. It takes a child's eye to appreciate that which we adults brush away as superfluous.

Do you let your kids use the glue gun?

What about covering the table with a bunch of recyclables and nature items, a plugged in glue gun and a base?

What do you think they might come up with?