make your own board game 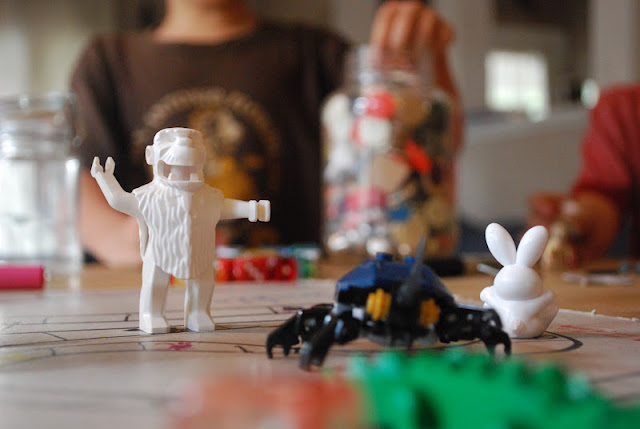 Have you invented your own board games? We made several a few years ago, and just recently  remembered how fun it is. Since my children are older, they required much less adult assistance and the games are more inventive and creative because of it. 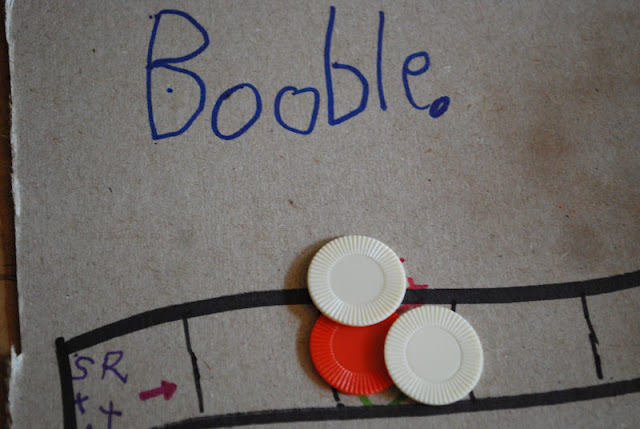 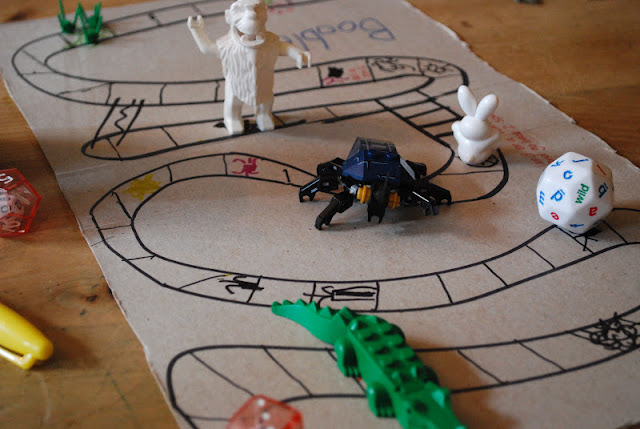 I helped my kids brainstorm a theme (which is Booble - their collective paracosm), offered supplies, wrote a few things and then backed off. 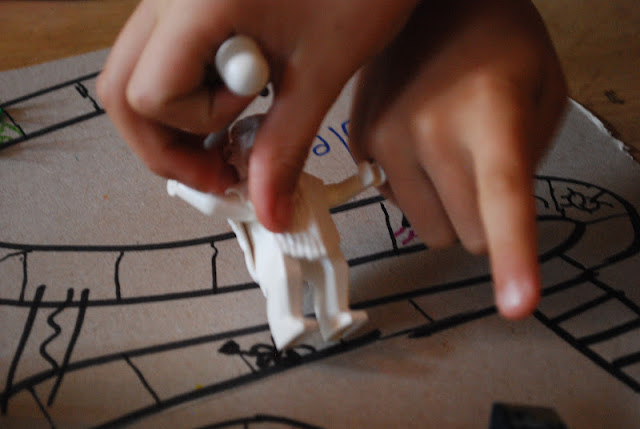 The backing off is the important part, because their ideas for this game were so much more open ended than I could understand. They were playing the game and playing in the world of the game at the same time. Does that make sense? 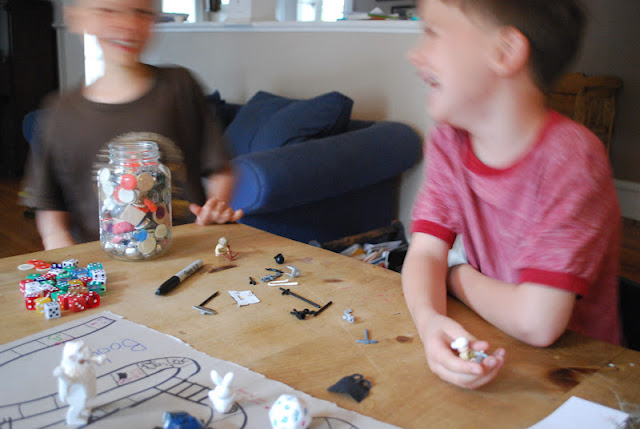 There was a fluidity between the rules of playing the game and the creation of the game - both of which were happening simultaneously. 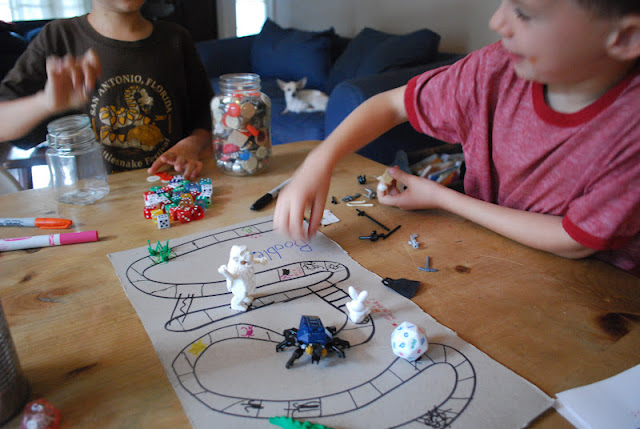 In this game there were monsters to battle, scrolls to choose and read, various die used at different times, coins to be collected and traded for arms and a wizard who when you finished the board would send the player on the next mission. 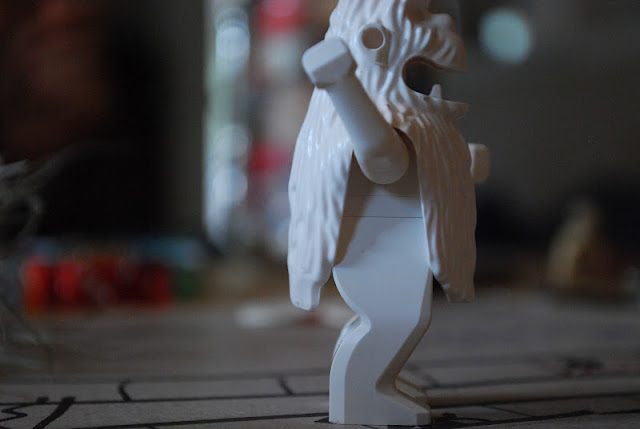 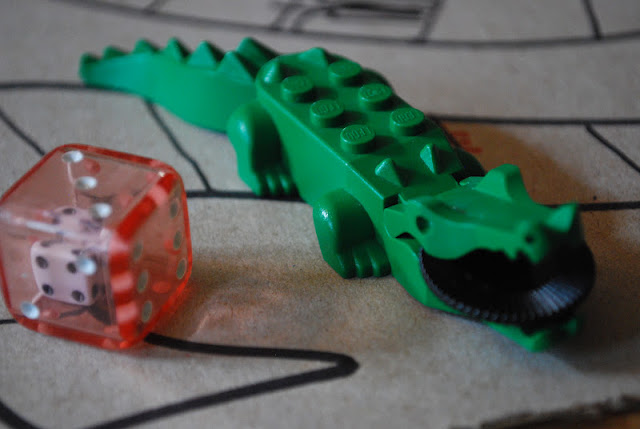 The beauty of game making is that anything that your child is interested in can be translated into a game. And there are no rules - because they get to make them up and change and tweak them as needed. 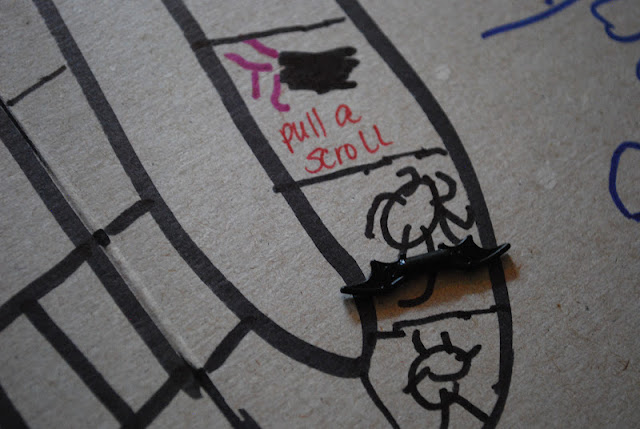 Have you done this with your kids? If you are having a screen free week - this just might be the project to capture everyone's imagination each evening.
Posted by Amy at Tuesday, May 01, 2012